Horses are host to a number of organisms that benefit from the horse’s daily functions. Some of these organisms also provide benefits for the horse. External and internal parasites, however, benefit from the horse while harming the horse simultaneously. Some parasites cause minor damage and are easily removed, while others can cause severe problems and ultimately lead to death. There are parasites active throughout the year, so it is important to know how to treat and prevent them. Interact with the hotspots in this month’s feature for information on a few common internal and external parasites. For more information on parasites and creating a deworming schedule for your horse, contact your local extension agent or consult a veterinarian.​ 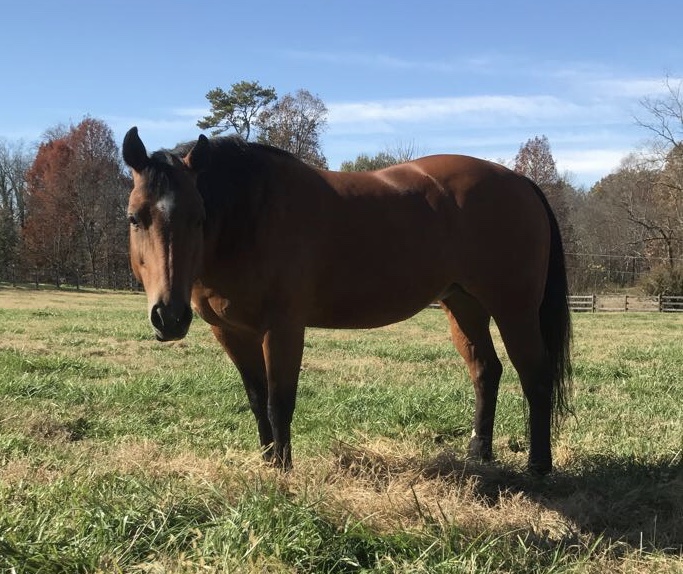 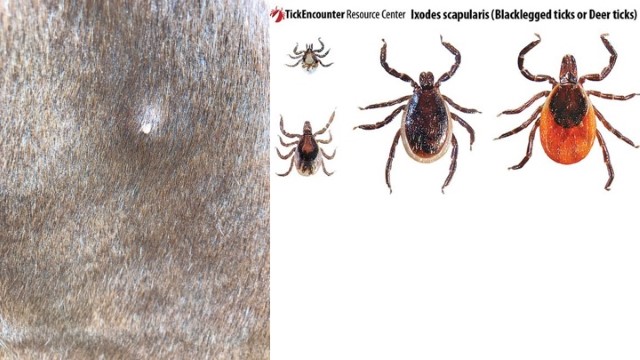 ​
Ticks are an external parasite that are becoming an increasing problem in horses.  Ticks rest at the tip of grasses and other plants and climb onto the horse as it walks by.  Some ticks immediately attach, while others search for thin-skinned areas such as the chest, mane and tail, and underbelly before attaching.  They cause irritation at the site of attachment and cause the horse to constantly rub.  They can cause coat damage and anemia from blood loss as well.  Once full of blood, ticks drop off and continue their life cycle.  Pastured horses should be checked daily for ticks, and all horses should be checked after a trail ride.  The safest way to remove a tick is by grasping it with a pair of tweezers as close to its insertion point and pulling straight back.  Grasp the tick in such a way as to not squeeze the abdomen.  The site should then be cleaned and the tick properly disposed.

​
The bot fly is an internal parasite of the gastrointestinal tract.  The life cycle of the fly is not restricted to a certain time of year due to varying climate; however, females typically deposit eggs during the summer months.  The eggs are deposited directly onto hairs on the horse’s front cannon bones, abdomen, shoulder, and flanks.  When horses lick the attached eggs and ingest them, the larva are stimulated to emerge.  As the larva develop, they move from the mouth to the lining of the non-glandular section of the stomach where they remain for approximately one year.  The pupa stage of the fly detaches itself from the horse’s stomach and are defecated out.  After 3-10 weeks, the adult fly emerges and the cycle restarts.  A bot fly larva infestation within the gastrointestinal tract can cause multiple complications including colic with severe infestations.  It is best to keep stable and pasture areas clean and free of manure to reduce bot flies.

Large Strongyles, commonly called bloodworms or lungworms, are considered the most dangerous internal equine parasite world-wide.  Even small loads cause serious problems such as weakness and diarrhea, and large loads can lead to severe emaciation, anemia, and blood clots.  There are 3 large strongyles specific to horses: Strongylus vulgaris, Strongylus edentates, and Strongylus equinus.  Strongylus vulgaris is extremely dangerous as throughout the worm’s life cycle, it travels through the mesenteric artery system (the arteries that supply the intestines).  This can severely damage the arterial walls causing blood flow problems. Strongylus edentates leaves the intestines, travels to the liver through the hepatic portal vein, and then returns to the walls of the cecum where it completes its lifecycle.  Strongylus equinus is rare in managed horses and very little research has been conducted on it.  As with Strongylus edentates, this worm travels from the intestines to the liver where it stays for a few weeks before returning to the intestines.  Strongylus equinus utilizes the peritoneal cavity instead of the portal vein to travel to the liver.  Large strongyles can be found anywhere horses graze, and eggs are passed in the horses manure continually renewing the cycle.  Strongyles can be treated with a dewormer containing ivermectin, moxidectin, or pyrantel. 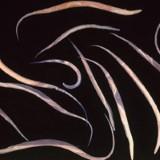 Pinworms are an internal parasite that are predominantly found towards the end of the large intestine.  Females lay their eggs around the anus which appear as yellowish streaks.  Pinworms are considered one of the least harmful internal equine parasites, causing only minor irritation of the intestinal tract; however, the eggs cause major irritation leading to extreme itchiness and scratching by the horse.  Often, horses will frantically rub their hindquarters against a fence or stall wall and can rub their tailheads raw.  After laying their eggs, females pass out in manure and appear white and thread-like.  Pinworms cannot tolerate high heat, and a dewormer such as ivermectin is effective against this parasite.

Links to Other UT Sites